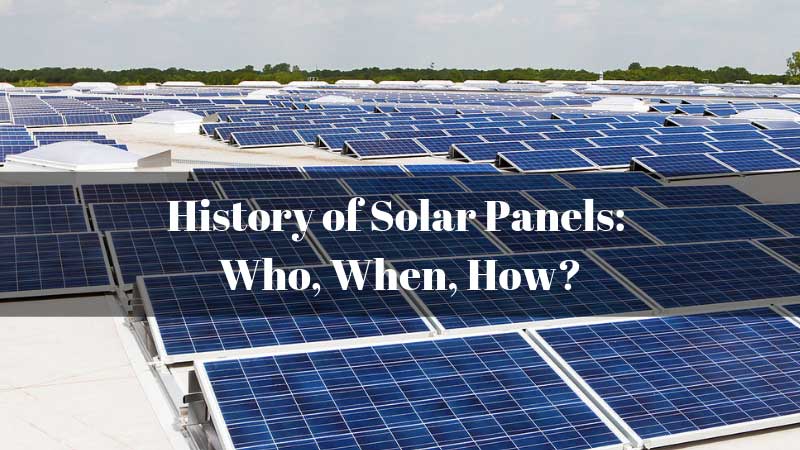 History of Solar Panels: Who, When, How?

Among hundreds and thousands of inventions of human beings, few important ones led the entire human race one step closer to development. Design of the solar panel is one of them.

Though, lately, scientists are trying to figure out more innovative methods to boost the efficiency of solar panels.

Usage of solar energy goes thousands of years from now, but the foundation of modern solar panels took place not more 60-70 years ago. To submit an academic paper based on solar panels and how it has been developed from past ages till now, I did a small research on it, which I am going to write here in short.

The idea of solar energy is not something new. Back in the prehistoric ages, people used to use solar energy as well. From the dawn of human civilization, people have been exploiting solar energy to accomplish their regular works. 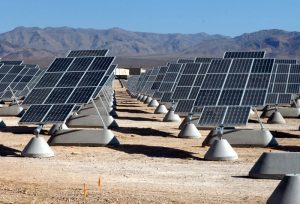 Previously, people used to use solar energy by focusing the sun's energy through a magnifying glass to create fire for different purposes like cooking and staying warm. Later on, Greeks and Romans started to use light in different ways for religious ceremonies. Afterward, sunrooms were created for capturing solar energy.

Back in the time of Archimedes, solar energy was used to surround and besiege ships from the Roman Empire.

It is not confirmed whether usage of solar energy started from Archimedes' time, but it is undoubtedly verified that in the 1970s the procedure that Greeks supposedly used to harness solar energy was later tested by the Greek navy.

When Were Solar Panels Invented?

There is some debate about who really invented modern solar panels since several scientists contributed to conceptualization and creation of the solar panels we see today. Hence, the timeline of its invention is still pretty questionable.

Some people happen to credit French scientist Edmond Becquerel who made a point that light can multiply generation of electricity when two electrodes are placed into a conducting solution.

Later on, in 1873, Willoughby Smith discovered that selenium had potential that is similar to photo conductivity and meanwhile Richard Evans Day and William Grylls Adam saw in 1876 that, selenium actually generates electricity if it is exposed to sunlight.

A couple of years later, Charles Fritts produced the very first solar panels that are made from selenium wafers. Henceforth, some historians give credit to him as he is the one who actually invented solar cells. 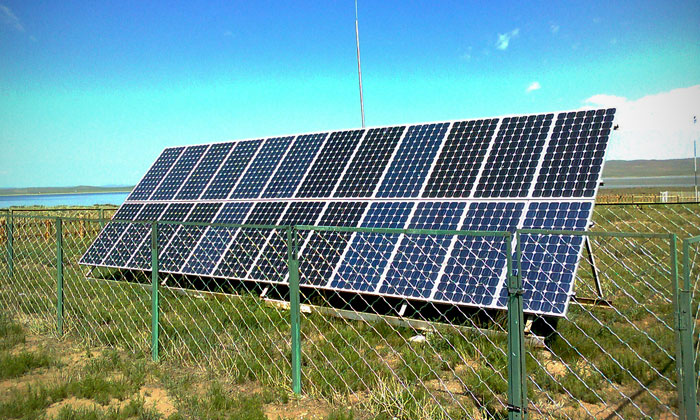 Nonetheless, solar cells that we use now are basically not made with selenium but with silicon. Because of that, many think silicon photo voltaic cell is created back in 1954 by Gerald Pearson, Daryl Chaplin, and Calvin Fuller at Bell Labs. Yet, the solar power that we know was not invented before 60 years from now.

The discoveries regarding the features of the light and its conductivity made it possible to give the formation of today's solar panels.

Here is a timeline of when the factors that guided to the invention of solar panels were invented. 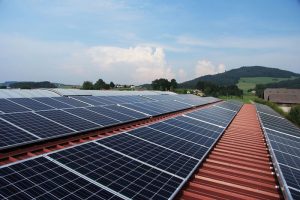 It was discovered back in 1839 by French scientist Edmond Becquerel. The process takes place when a material absorbs light and produces electrical voltage. To create this effect, most of the new solar cells happen to use silicon crystals.

Photo conductivity of selenium was first discovered by English electrical engineer Willoughby Smith in 1873-1876. Selenium instigates its electrical conductivity when it gets to absorb light.

After three years from then, Richard Evans Day and William Grylls Adams got to know that, selenium can produce electricity that derives from light without the presence of any kind of moving parts and heat.

Charles Fritts, one of the inventors of New York, created the very first solar cell through wrapping selenium along with a gold layer in 1883. Its energy conversion rate is about 1-2%. Recently, most of the new solar cell's efficiency is 15-20%.

It was first observed by a physicist from Germany, Heinrich Hertz. In 1887, light is exploited to free electrons from the surface of a metal to creating power.

Then over time, silicon solar cells were produced in 1953-1956 which led to the usage of solar energy in space in 1958. In inclusion, a solar park was created by Arco Solar in 1982.

The part used to generate 1 megawatt of electricity per hour. Besides, research on solar cells kept on expanding into other industries. In 1995, Thomas Faludy registered a patent for a retractable awning with integrated solar cells.

On the other hand, in 1994, National Renewable Energy Laboratory made a solar cell retrieved from gallium arsenide and gallium indium phosphide that could exceed 30-percent conversion efficiency. In 2005, DIY solar panels became very popular and later on, in 2016, unless solar power is discovered.

How Did It Get Commercialized?

And in 1891, an inventor from Baltimore namely, Clarence Kemp patented the first commercial solar water heater. Furthermore, in 1905, the whole world got to know about solar power when Albert Einstein published his paper based on the photoelectric effect and how packets of light carry energy with them. 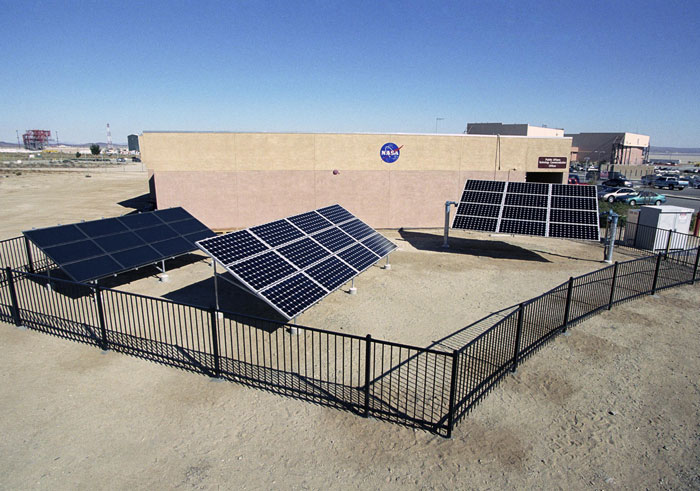 The discoveries regarding these led by Einstein worked as leverage for Bell Labs to create first modern solar cell back in 1954. Yet, it was very much inefficient as it cost $250 to generate just 1 watt of electricity. Nevertheless, these cells were used in space in 1958.

The Vanguard 1 spacecraft used solar power as an energy source for its backup.

Recently, photovoltaic cells have 15 percent efficiency. Along with the improvement of solar technology, solar cells are getting more proficient at converting light into electricity.

If we can develop new methods and improved techniques to utilize solar energy at a low cost in our practical life, it will someday be the most proficient renewable energy technology for sure.