As we all know, solar panels save us money more than any other sources of energy. It takes a hefty amount of money to install a complete solar panels system. Due to this, whoever installs the system, always tend to bother about the longevity of the installation.

On average, solar panels last for 20 to 25 years, but it varies a lot due to variation of brands and their efficiencies. Besides, some external factors affect the lifespan of a solar panel. After studying for weeks, I got to know a bit about the longevity of each kind of solar panel and the reasons behind the degradation of its efficiency.

Here, I am going to write about it.

The Degradation Rate of Solar Panels

On average, the output of a solar panel falls by 0.8 percent per year. The price of this deterioration is known as solar panel degradation rate. Even though this declination rate varies based on the brand of solar panel you are going to buy, a proper manufacturer like SunPower offers this rate as low as 0.3 percent.

For instance, a solar panel has 0.8 percent degradation rate that is, in the following year after it has gone through usage, the board will be operating at 99.2 percent of its preliminary output, and even by the end of its lifespan, will still be working at 82.5 percent.

Besides, warranties of different solar panels are varied, you can choose one according to how long you are hoping it to last.

Solar panel manufacturers will offer both warranty of the equipment and that of performance-warranty of the panels to assure you that they will produce a specific amount of electricity. Along with that, you do not really have to get bothered about the carbon footprint of your solar panels.

The lifespan of your panels that is, the 25 to 30 years of lifespan is undoubtedly longer than its 'energy payback time' or EPBT. This EPBT is equivalent to the energy it took to manufacture the panels in the first place.

Why Solar Panels Get Degraded?

The local climate is a huge factor when it comes to the degradation of the lifespan of silicon-based solar panels. In the meantime, there are other factors as well, which are mentioned below:

High temperature can cause problems in the chemical components. For every increment of 18 degrees Fahrenheit of heat, the rate of degradation of the panels gets doubled. 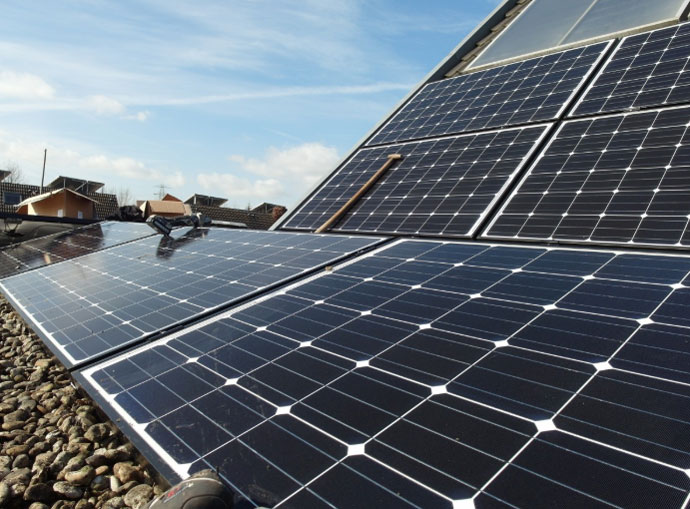 Relative humidity defines the measure of how much moisture is there in the air. The regions which are warm and where it rains a lot, tend to be more humid.

Moisture can cause a lot of problems for several reasons. It causes corrosion in ferrous components and causes fogging inside the panels which eventually affects their efficiency.

Though solar panels are sealed to prevent moisture, the seal fades away mostly because of temperature cycling.

Rapid changes in temperature also cause trouble for the panels. It happens mostly in deserts, where the days are sweltering, and the nights are cold. Since the parts of the panel contract and expand due to the effect of temperature changes, they fatigue.

Sometimes, the changes in size can be so severe that moisture makes its way past the seals even if the seals are good enough.

Reasons behind the impact of environments in solar panels are manifold. It is found that crystalline silicon panels act identically to each other in all types of climate. On the other hand, there is a massive difference when you compare them to amorphous silicon panels.

Crystalline silicon panels get degraded in the region around Atlanta. The rate of this degradation is 0.7 percent per year, and that of amorphous panels is 1.33 percent. Hence, the theoretical lifespan of crystalline panels is 28 years, and amorphous ones have a lifespan of 15 years. 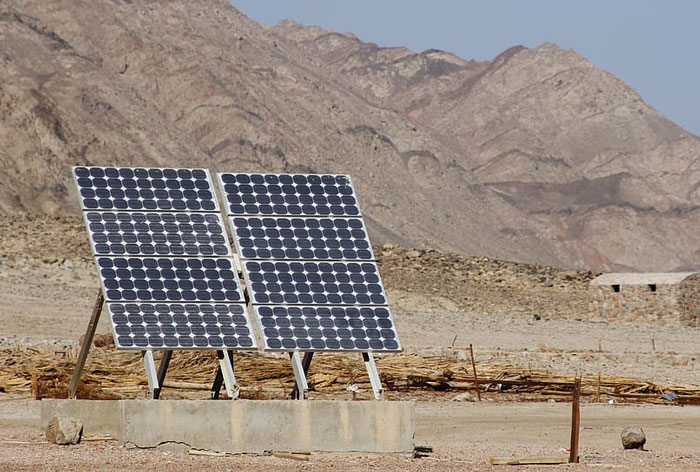 In the continental regions, where it is very moist, the rate of degradation of crystalline panels is 0.89 percent per year, and they can be used for around 22 years. In this case, there is no reference for amorphous panels as they are designed to be used in areas where the climate is hot.

In the regions, where there is a naval climate, the average degradation rate of crystalline panels is 0.56 percent each year and their lifespan are almost 36 years. In contrast, amorphous panels have an average rate of degradation of 1.59 percent each year, which last for only 12 to 13 years.

Ways to Make Them Last Longer

There are some other factors for which the efficiency of solar panels gets degraded such as heavy snowfall or seasonal high winds.

As all solar panels are not created in the same way and natural calamities are inevitable, you should consider buying something with appropriate design and something that can retain its durability even after all the generic disasters it is going to face.

How Much Solar Power Do I Need for My RV?